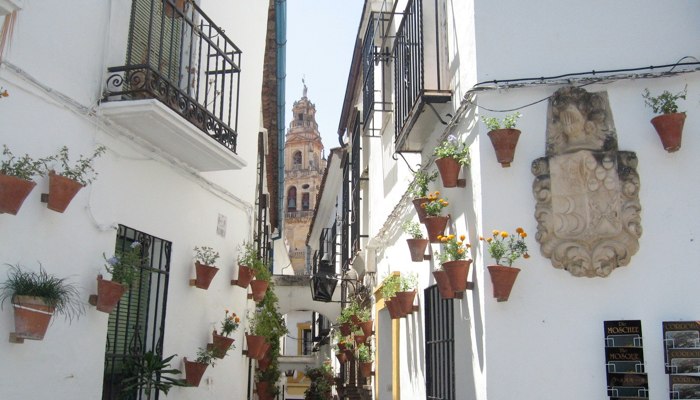 Late last year I read an article by David Brooks in The New York Times about a new book by prof. Hubert Dreyfus of UC Berkeley and prof. Sean Dorrance Kelly of Harvard entitled “All Things Shining”. Since Brooks is one of my favorite columnists and I enjoy his weekly analysis with Mark Shields on PBS Newshour immensely, the book caught my attention and I decided to take a small detour from technology and business readings to take a refresher on Western philosophy.
Dreyfus and Kelly take the reader on a journey from the beginnings of modern thought exemplified by Homer’s writings, through transition from polytheism to monotheism until the emergence of nihilism. Throughout history, they document greater empowerment of an individual which paradoxically led to increased uncertainty and gradual erosion of meaningful life experiences. There are several very intriguing observations in the book I’ve particularly enjoyed. For example, the authors’ assertion that “[…] Before Descartes people had little sense of an inner self. […]” was quite shocking to me, since it runs contrary to common beliefs about relative constancy of human nature and behavior across generations. Similarly, their treatment of how excessive reliance on technology transforms our lives also resonated with me “[…] To the extent that technology strips away the need for skill, it strips away the possibility of meaning as well. To have a skill is to know what counts or is worthwhile in a certain domain. Skills reveal meaningful differences to us and cultivate in us a sense of responsibility to bring these out at their best. To the extent that it takes away the need for skill, technology flattens out human life. […]”.
While, not being a philosophy geek myself, I have found the book very engaging and interesting. Only chapter 6, largely devoted to Herman Melville’s “Moby-Dick” could use some editing and it took a while to get through. I am also not quite sure “Moby-Dick” deserves this much coverage (it is the longest chapter of the book) alongside such giants as Homer’s Odyssey or the works of René Descartes, though I trust the authors. Still, a bit more selective editing would go a long way here.
In the final chapter of the book, Dreyfus and Kelly give a prescription for a meaningful life in the times of daily iconoclasts based on appreciation of many experiences (e.g. watching a game at the ballpark) beyond the religious ones. David Brooks’ review of the book focused on the apparent dissonance between that message and the reality (the world is getting more, not less religious). Personally I think the central observation the authors make is that many rituals previously relegated to the periphery of our spirituality are going to over time ascend to the pedestal and I find their thesis quite appealing. 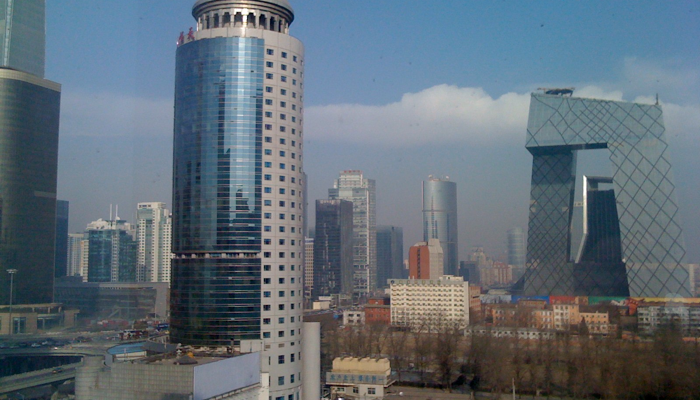 When I started at HP I saw a coin-operated medicine cabinet in the office building where I worked. It caught my attention since on the rare occasions when a headache was bothering me previously I’ve always been able to get an aspirin free of charge. The operations of the cabinet were outsourced. Apparently that was not cheap enough, since sometime later the cabinet was gone. It was replaced with a note referring relief seekers to the cafeteria where pain relievers could be purchased, during cafeteria open hours (not to confuse with business hours).
During my tenure at HP, I witnessed many other examples of senseless cost cutting, usually with complete disregard for the morale of the employees. I became interested in how did the iconic American corporation end up in such a state and whether turnaround is possible. 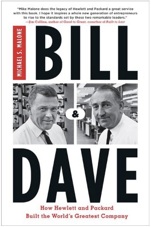 The book “Bill & Dave: How Hewlett and Packard Built the World’s Greatest Company” by Michael S. Malone was given to me by an Hewlett-Packard old timer, now retired, a wonderful businessman and a friend. Malone chronicles the genesis of the company,  through its growth, international expansion, and recent rocky history. The author ends the book with a cautious optimism about Mark Hurd’s leadership, a view that Malone laterretracted, as reported by the New York Times, with much foresight (Hurd ended up getting fired about a year after Malone expressed doubt on his ability to lead a high technology Silicon Valley company).

In the book, Malone covers the great progress Hewlett-Packard made in advancing management practices, as well as promoting corporate responsibility.  Hewlett-Packard invented many of the benefits we take for granted today. Examples include employee share ownership, Friday beer bash, management by walking around, and others. The values and company culture frequently referred to as “The HP Way” has been deliberately erased from the collective corporate memory by subsequent outsider CEOs, something I think late Peter F. Drucker would disapprove.

The impact of Hewlett-Packard on the Valley cannot be overstated. Many great entrepreneurs had their start at the company, including Steve Wozniak of Apple. After Hewlett-Packard rejected his design, Woz decided to strike it out on his own with Steve Jobs, and rest is history. HP was one of the first tech multi-nationals, with the establishment of its European headquarters in Switzerland and a manufacturing plant in Germany in the 1950s. It invested in China way ahead of other tech companies by forming a joint venture with the Chinese government in the 1970s. The charitable donations made by the founders to Stanford University (where prof. Frederick E. Terman had profound impact on the young Hewlett and Packard), Lucile Packard Children’s Hospital, Monterey Bay Aquarium, and many other causes will continue benefiting generations to come.

Malone describes very well the drama surrounding the fateful Carly Fiorina’s Compaq acquisition, which in the end dragged HP into low-margin PC business. A decision that will ultimately take many years to undo, and could be linked to the current state of affairs at the company (HP’s gross margin is lower than Walmart’s : compare HP’s 23.5% withWalmart’s 25.3% in late 2010 (net margins at HP are higher)).

While Hurd managed to stop the downward spiral by extreme cost cutting and short-term focus, it came at a big price (HP was voted #3 worst tech company to work for onGlassdoor.com in December of 2009, and the New York Times reported that HP employee survey indicated two thirds of its employees would leave if a chance presented itself). Hurd’s legacy left HP with very low R&D expenses but no truly innovative products. New York Times mentioned that only 0.7% of HP’s revenue was reinvested in R&D by the division trying to compete with iPad and the iPhone. The company had no meaningful response when these products came out and become subject of dismissive remarks by other CEOs including IBM’s Palmisano, as reported by The Wall Street Journal. To Hurd’s credit, HP’s big expansion in China (where I was also worked during my stint there), building on the process started by the founders, was a prudent move and is likely to benefit the company going forward. Recent developments at the company, including the appointment of Marc Andreessen to the board of directors as well as hiring of Léo Apotheker as the CEO indicate that a turn towards innovation and greater software R&D investment could be in the works.

Having met many wonderful people a HP, this book gave me a deeper understanding of the history of the Silicon Valley, and appreciation of the brilliance of Bill Hewlett and David Packard.  It is a great read and I strongly recommend it, whether you worked for HP or not. 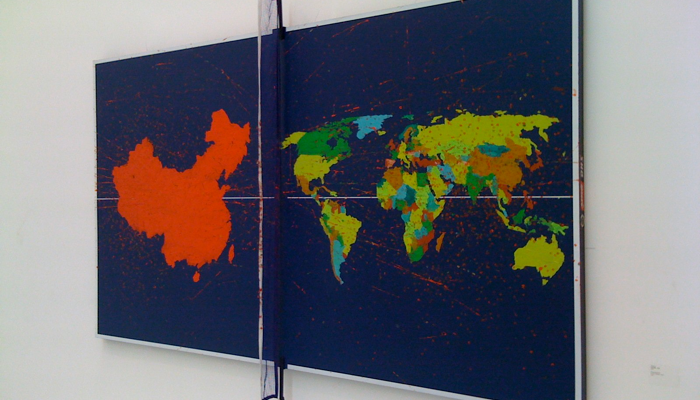 I have recently read Guy Kawasaki’s excellent book, “The Art of the Start” recommended by my CMU professor Tony Wasserman. It is an easy, insightful and a fun read, enough to keep my UA 888 Beijing-San Francisco commute enjoyable despite sitting in economy (plus).

The book contains battle-tested advice and it covers entrepreneurship in both startup and large corporate settings. My favorite part of the book is when Kawasaki talks about why it is important to strive to be a mensch despite business pressures. There comes a time when one’s integrity is put to a test, and Guy articulates very well the responsibilities of an entrepreneur and a manager that cannot be compromised.

With the election season in somewhat early full swing it is important to consider geopolitical challenges our next president must overcome. In the book subtitled “Three Presidents and the Crisis of American Superpower”, Brzezinski covers the accomplishments and shortcomings of George H. W. Bush, Bill Clinton and George W. Bush in the context of world events that played out during their respective terms (1989-present). As both an avid observer, as well as a powerful actor on the international arena, the author strikes a fine balance between historical narrative and political commentary.

The final result is an excellent book which clearly reconstructs and analyzes the presidents’ (mis)handling of major events such as the last days of the Cold War, the Solidarity movement in Poland and the subsequent collapse of the Soviet Block, the rise of globalization, the challenge of fundamentalism and many others. The last, and in my opinion most interesting, chapter includes a ‘presidential GPA’ calculation and offers the next president forward-looking advice to ensure America retains its world leadership role.

While interviewing job candidates, do you ever feel tempted to hire a technically strong person who has aptitude for being hard to work with ? Is adding a sharp new team member worth the potential risk ? I have always felt a bit guilty whenever I turned such people down. Would my company be better off with a brilliant, alas hard to deal with, worker I just rejected ? After reading Sutton’s book I feel guilty no more.
“The No Asshole Rule” quantifies the financial damage the corporations that discount the importance of “team fit” suffer. Sutton’s thorough analysis provides irrefutable justification for the simple rule one should follow : life is too short.