Turns out that a good mobile app is not complete without these 3 important features:

How do I know? Well, I’ve spent quite a bit of quality time with several good research reports like this one by Google/Ipsos, this one by Localytics, and this one from AppAnnie. To help make it all actionable, I’ve worked with my awesome team to create a small pilot video series entitled “Acquire, Engage & Earn” and a couple of sample projects you can clone from GitHub. As you may have guessed, the three main episodes in the mini-series are devoted to mobile app content sharing, notifications and in-app billing respectively. 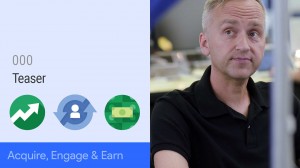 So, here we go, let’s start with user acquisition and mobile app content sharing.  In this video, you’ll learn why friends and family recommendations are important, and how to implement them in your app with App Invites from Google (g.co/AppInvites).

Next, let’s talk about user engagement. 1 in 4 of installed apps are never used, and only 26% are used daily [Ipsos]. One way to make sure your app is not one of the unlucky ones is to implement relevant and targeted notifications. You can do this with Google Cloud Messaging, and to get started check out the GCM Playground open source project, and watch the video below.

Last but not least, show me the money. When the user is ready to pay you, make it easy for them by using this code example explained in the last video of my mini-series. Spoiler alert: the video starts with an epic intro which is my acting debut alongside the great Todd Kerpelman. I decided to keep my day job.

And that’s all there’s to it! Next time you build an app, remember to design and implement features that make it easy for your users to share it, engage with it, and pay for it!

PS> If you’re not into watching educational videos, but came here purely for entertainment, watch the aforementioned (epic) intro which we conveniently made available as a standalone series teaser.

The 100 days of Google Dev are in full swing so I thought I’d highlight a few of my favorite videos you may have missed. The list is obviously biased and highly subjective, but you already knew that. Over the past several quarters our Search team at Google has been busy adding capabilities that make it easier for mobile app developers to integrate with Google Search. Starting with App Indexing, through Voice Actions, the Knowledge Graph and Google Now on Tap, there are a lot of new products and APIs your app can integrate with. Why? The benefits include better user acquisition (read: app installs), more user engagement (read: rather than sitting idle, your app is actually used) and, last but not least, user delight (read till the end to see what I mean).

Let me walk you through what’s new.

The Voice Interaction API is new in Android M. It allows your app to carry on a conversation with the user. While previously one could trigger an app using voice actions, this API takes it to the next level by allowing your app to maintain a dialog with the user. Learn more form this video by Sunil Vemuri and Barnaby James.

Remember Webmaster Tools? No? That’s fine. Search released a new and improved version called Search Console, which lets you debug and analyze your Google Search performance. This includes troubleshooting App Indexing integration issues, which is very handy. To see how this all works, check out the video by Mariya Moeva.

While App Indexing brings organic user acquisition and engagement to your app, some people want to pay Google money, which I think is totally cool. Check out how you can do that through AdWords and how it all fits together by watching this overview by Jonathan Alferness and Scott Huffman. Both of them are VPs. You’ve been warned.

I have to admit that the Knowledge Graph is one of the coolest projects I got to work on at Google. To learn more about it check out my post on Medium, but here’s a new feature we’re rolling out – video actions and reviews. My colleague Satyajeet Salgar gives a nice overview in the video below.

Putting it all together

As you have probably figured out by now, Google Search has a number of products and APIs available for developers. In this video, Vivan Lum puts it all together. Vivan gets bonus points for the demo, so pay attention, yo.

My favorite new Search feature announced at I/O is Now on Tap. It offers contextual assistance and leverages the Assist API, which is new in Android M. To see it in action check out the I/O keynote demo by Aparna Chennapragada. Developers can integrate with Now on Tap by implementing App Indexing.

If this isn’t enough videos for you to watch, check out the entire Google Search for Developers YouTube playlist and visit developers.google.com/search.

“The most profound technologies are those that disappear. They weave themselves into the fabric of everyday life until they are indistinguishable from it.”  [1]

Today was my last day at YouTube. After 3.5+ years I’ve decided to pursue my passion for Artificial/Machine Intelligence and I’ll be joining the Google Knowledge Developer Relations team. While my Computer Science concentration was AI, and a good part of my graduate work was in Neural Networks, my career took me through a couple of industries (mostly telecom systems and middleware, followed by a fun stint at YouTube) before reaching this exciting point.

I am very proud of my humble contribution to YouTube’s incredible growth over the past 3.5 years. One of my most favorite moments was the realization that we’re now seeing an emergence of innovative new businesses being built on the YouTube (API) Platform I had an opportunity to shape. It was at Google I/O 2013 when it really dawned on me how many exciting companies are betting their businesses on YouTube and adding value to the ecosystem every day. Here are a few of them. 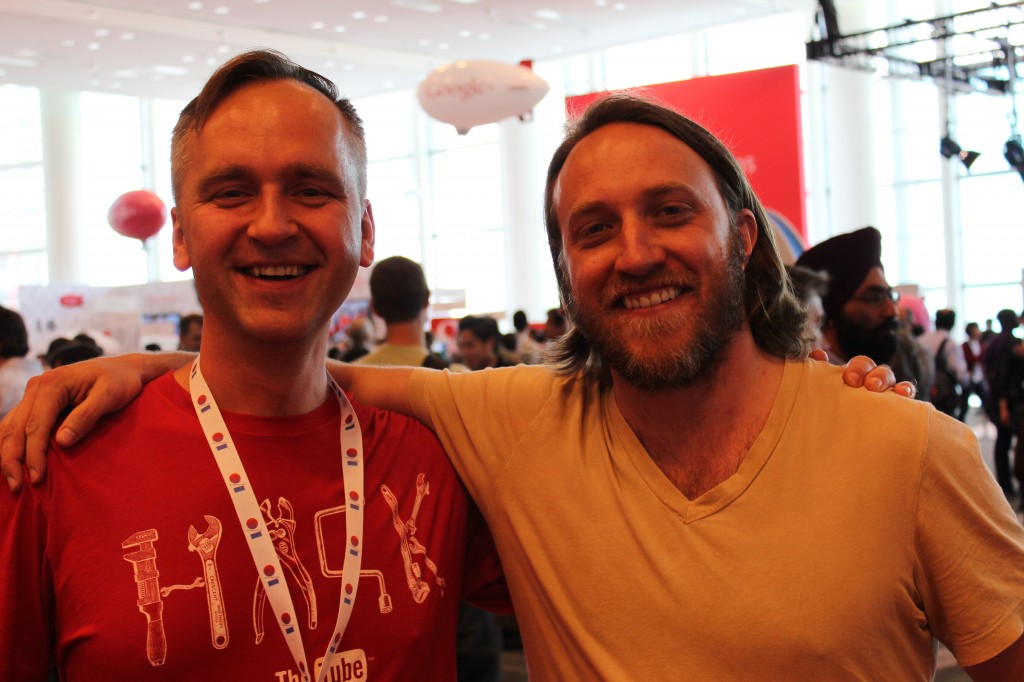 Comparing to when I started at YouTube in mid-2010, today there are several proven developer opportunities on the Platform. If you are thinking about leveraging YouTube for your venture, let this I/O presentation be your guide: “YouTube for Developers: The Future and the Opportunities”. While not all biz models are yet supported (did somebody say “curation“?), there are several thriving categories such as analytics, audience development, content management, social media management, gaming, and many others.

The wonderful YouTube team, the YouTube Developer and Partner community made my time at YouTube truly memorable and I know I will miss it.  At the same time, my Lem-inspired adventure is calling. I better answer.